Legoland Holidays offer a range of superb family friendly hotel options for those visiting the Legoland Park, including large family friendly accommodation and exciting and exclusive Lego features and entertainment. 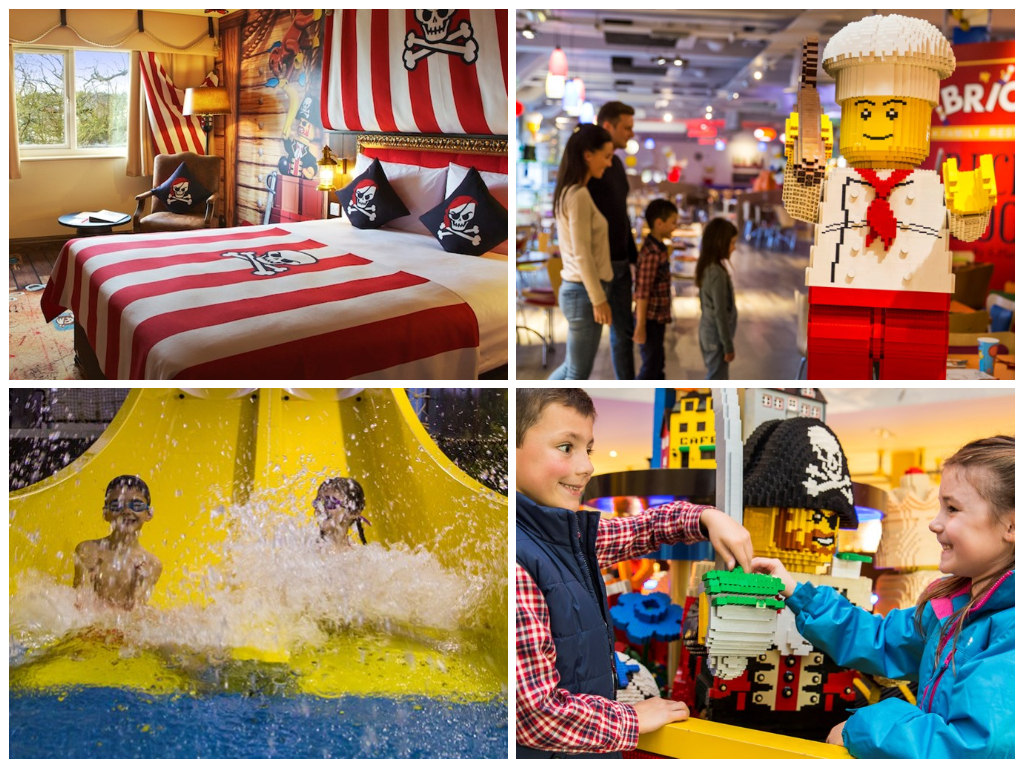 2022 LATE AVAILABILITY: for a selection of parent friendly holidays with remaining May half term and summer holiday availability, see here!
MORE OFFERS

SPECIAL OFFER: 25% OFF ALL SUMMER HOLIDAYS

Park Leisure are offering an incredible 25% off all summer holidays during June, July and August.  Use discount code SUMMER25 when booking!

Save to your favourites list for later, or email yourself a copy to keep

Save time by sending the same enquiry to all your shortlisted holidays!

Need to know more?  Read on below for our full review with details of this holiday’s location, accommodation, amenities and prices. Or if it’s not quite what you’re looking for, find another parent friendly holiday by location, type or facilities.

Legoland Resort is located in the famous Royal town of Windsor. You’ll doubtless be focusing your visit on the theme park itself, but there are a number of other family friendly attractions in the area including Windsor Castle, Go Ape, Windsor Duck Tours and of course all the sights, sounds and tourist attractions of central London.

COVID-19: Please check relevant details with the owner, including available facilities and cancellation policies, before you book. 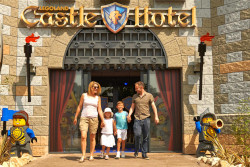 At the Resort Hotel you can choose between themed bedrooms (including such Lego favourites as Pirate, Kingdom or Adventure); premium themed rooms (which offer a separate sleeping areas for the kids) and Ninjago-themed rooms.  All the bedrooms are attractively decorated and an exciting place to sleep for Lego-loving youngsters; they also include Lego bricks for visitors to play with.  Premium rooms also include exclusive gifts like badges and lanyards.

At the Castle Hotel, you’ll choose between either Knight or Wizard themed bedrooms, which also come with a variety of exciting Lego-themed extras (and others, like a Playstation 4 in your room!).

For a wider variety of accommodation options, including for those on lower budhets, Legoland have a number of other partner hotels in the Windsor area.

For an idea of prices, an overnight stay for two adults and two children in the height of the summer costs from £420 in the Legoland Resort Hotel, and from £500 in the Castle Hotel.  Considerably cheaper options are available from some of Legoland’s partner hotels in the local area – for example, Doubletree by Hilton St Annes Manor – which offers rooms from just £250/night, including facilities like a play area, games zone and nature trail.

What could be more child friendly than a Lego themed bedroom in the Legoland hotel, with the theme park temptingly lying in wait just next door?

If that wasn’t enough, those staying at the Legoland resort hotels benefit from a number of other exciting child friendly extras including free Lego gifts in your room, access to the Lego pirate-themed indoor water play area and swimming pool, evening character meet and greets, character appearances during dinner and more. 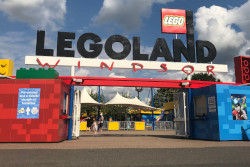 Parents will have an easy time keeping their children entertained at the Legoland Resort hotels.

All Legoland hotel packages include an overnight stay, one day entry into the theme park, breakfast, free WiFi, free parking, and use of the hotel’s own leisure facilities.

Dinner time is a breeze for mum and dad at the Legoland Resort Hotels – choose from either Bricks Family Restaurant, Tournament Tavern (a gourmet a la carte restaurant) or the Skyline Bar. Enjoy child friendly menus while your little ones soak up the evening entertainment.

For those with younger tots, the hotels offer a bottle/milk warming service, highchairs and blended food on request.

There’s a reason Legoland has a world-famous reputation for enthralling kids and adults alike, and the Legoland Resort Hotels only add to this.  Superb facilities, lots of exciting Lego-themed extras for the kids, and a guaranteed happy family after a visit (if a little tired – we’re pretty sure the Parent Friendly Stays children would be too excited to sleep!).

WHAT THE OWNERS SAY

“At the LEGOLAND® Resort Hotel, we have a selection of themed rooms to suit every type of LEGO® enthusiast! Choose from our Pirate, Kingdom or Adventure room and start your awesome LEGOLAND Holiday!”

For live pricing and availability information, or to make a booking, we recommend visiting the owner’s website directly:

Sorry, we're unable to take email booking enquiries for this holiday.  To find out more, follow the link for prices and availability direct from the owner.

Or visit our find a holiday page to discover more great family holidays searchable by location, type or child and parent friendly facilities.

We use cookies on our website to give you the most relevant experience by remembering your preferences and repeat visits. By clicking “Accept All”, you consent to the use of ALL the cookies. However, you may visit "Cookie Settings" to provide a controlled consent.
Cookie SettingsAccept All
Manage consent

This website uses cookies to improve your experience while you navigate through the website. Out of these, the cookies that are categorized as necessary are stored on your browser as they are essential for the working of basic functionalities of the website. We also use third-party cookies that help us analyze and understand how you use this website. These cookies will be stored in your browser only with your consent. You also have the option to opt-out of these cookies. But opting out of some of these cookies may affect your browsing experience.
Necessary Always Enabled
Necessary cookies are absolutely essential for the website to function properly. These cookies ensure basic functionalities and security features of the website, anonymously.
Functional
Functional cookies help to perform certain functionalities like sharing the content of the website on social media platforms, collect feedbacks, and other third-party features.
Performance
Performance cookies are used to understand and analyze the key performance indexes of the website which helps in delivering a better user experience for the visitors.
Analytics
Analytical cookies are used to understand how visitors interact with the website. These cookies help provide information on metrics the number of visitors, bounce rate, traffic source, etc.
Advertisement
Advertisement cookies are used to provide visitors with relevant ads and marketing campaigns. These cookies track visitors across websites and collect information to provide customized ads.
Others
Other uncategorized cookies are those that are being analyzed and have not been classified into a category as yet.
SAVE & ACCEPT
Go to Top