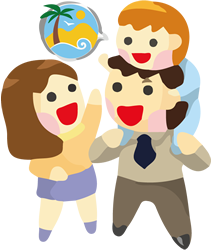 COVID-19: Holidays featured on PFS have independently taken steps to reflect the latest Coronavirus restrictions in their area and to ensure your safety and comfort during your stay. Please check the relevant details with the owner, including available facilities and cancellation policies, before you book. 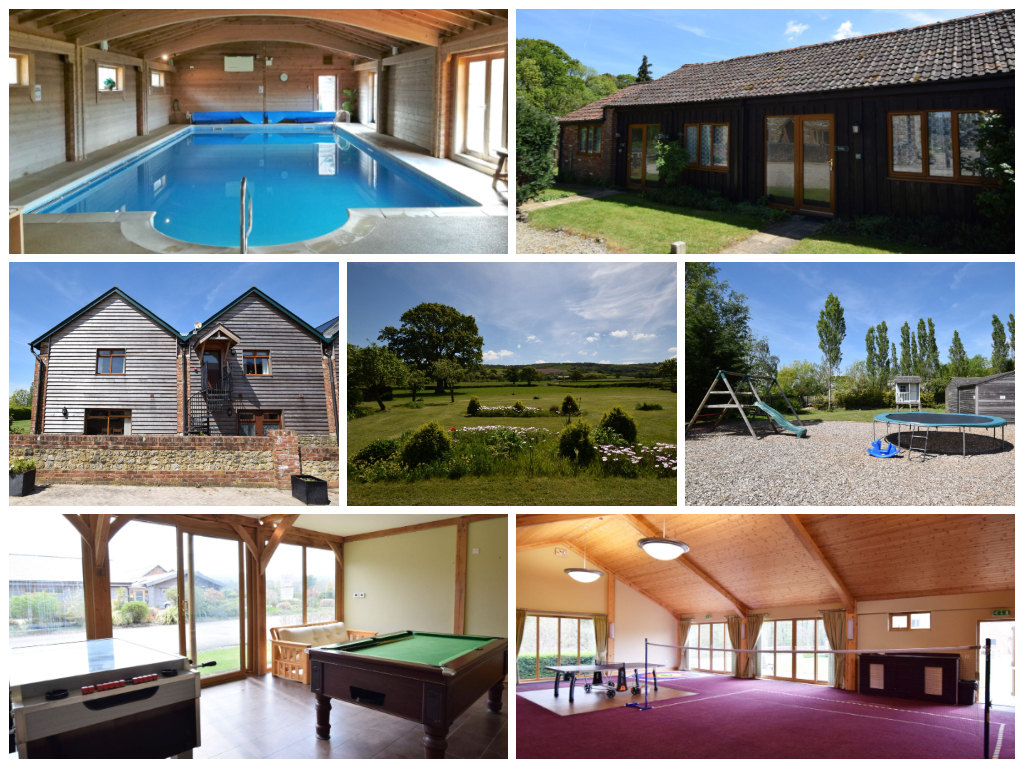 Located a few miles from the market town of Blandford Forum, this holiday is well situated for many popular Dorset destinations including Milton Abbas, the Cerne Abbas Giant and Sturminster Newton.  There are many walking and cycling routes running directly from the property. The Jurassic Coast, including famous spots like Lulworth Cove and Ringstead Bay, is also accessible by car.

Our review of this holiday 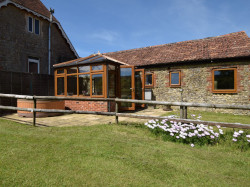 There are four properties available, each sleeping four people in two bedrooms. Originally farm buildings which have been tastefully converted, the cottages and apartments have exposed timbers and brickwork and a wealth of character features, with all modern conveniences provided.  At least one of the properties has its own private hot tub.

For an idea of prices, a week long stay for a family of four during the summer holiday peak costs around £1100/week in one of the apartment properties, while a cottage for four costs slightly more at around £1270/week.  An off-season stay, for example in October, can be yours for around £720/week.

There are lots of child friendly activities sure to occupy kids of all ages.  Top of our list is a lovely indoor heated swimming pool, which guarantees a fun activity whatever the weather’s doing. 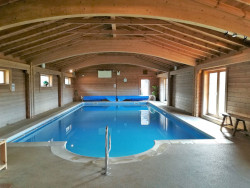 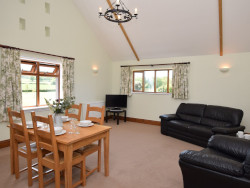 There’s a gym, hot tub and sauna alongside the swimming pool, perfect for a work out or a spot of relaxation after a busy day out with the kids.

Parents who enjoy a spot of fishing will be able to make good use of the on-site coarse fishing lakes.

For easy evening meals, or an afternoon drink in the sunshine, there’s a village pub within walking distance.

WiFi is provided but pets are not permitted.

The prices here are very competitive for the variety and quality of facilities on offer. The accommodation isn’t perhaps as spacious as we’ve seen elsewhere, but nevertheless we think these family friendly cottages offer a winning option for those seeking an affordable Dorset retreat with plenty to occupy their little ones!

Sorry, there’s currently no video available for this holiday.

Sorry, we’re unable to take booking enquiries for this holiday. To find out more:

Darwin Forest Country Park, Peak District
We use cookies on our website to give you the most relevant experience by remembering your preferences and repeat visits. By clicking “Accept All”, you consent to the use of ALL the cookies. However, you may visit "Cookie Settings" to provide a controlled consent.
Cookie SettingsAccept All
Manage consent

This website uses cookies to improve your experience while you navigate through the website. Out of these, the cookies that are categorized as necessary are stored on your browser as they are essential for the working of basic functionalities of the website. We also use third-party cookies that help us analyze and understand how you use this website. These cookies will be stored in your browser only with your consent. You also have the option to opt-out of these cookies. But opting out of some of these cookies may affect your browsing experience.
Necessary Always Enabled
Necessary cookies are absolutely essential for the website to function properly. These cookies ensure basic functionalities and security features of the website, anonymously.
Functional
Functional cookies help to perform certain functionalities like sharing the content of the website on social media platforms, collect feedbacks, and other third-party features.
Performance
Performance cookies are used to understand and analyze the key performance indexes of the website which helps in delivering a better user experience for the visitors.
Analytics
Analytical cookies are used to understand how visitors interact with the website. These cookies help provide information on metrics the number of visitors, bounce rate, traffic source, etc.
Advertisement
Advertisement cookies are used to provide visitors with relevant ads and marketing campaigns. These cookies track visitors across websites and collect information to provide customized ads.
Others
Other uncategorized cookies are those that are being analyzed and have not been classified into a category as yet.
SAVE & ACCEPT
Go to Top